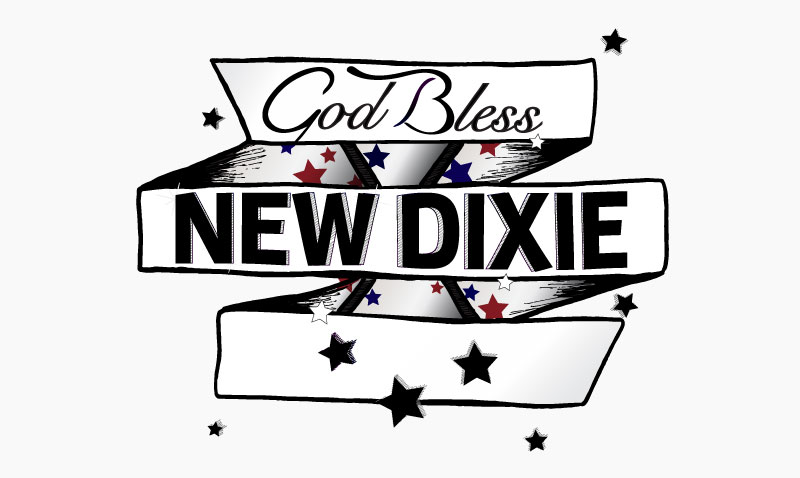 The second season of The Girl from Carolina starts off right where the first season ended, but you don’t have to know anything about the first season to enjoy it! God Bless New Dixie. It’s ten back-to-back episodes of darker Southern insanity.

Set in Upstate South Carolina Upstate against a backdrop of stubbornly flapping Confederate flags mounted on lawns and businesses alike, this raucous Southern comedy takes the notion of ‘heritage not hate’ to task. Ferrari Thunderbird Taylor is a foul-mouthed, perpetually buzzed vigilante who, after getting out of rehab, has her heart set on proposing to her dumbass boyfriend Harry Shumway. But when she realizes that the object of her affection is running for South Carolina governor on a platform of seceding from the United States, she races to save her man, if not the entire state, from certain ruin. Ferra’s winding journey gives a survey of the sprawling South Carolina landscape, taking her from the blue ridge of the Upstate across the Midlands to the swampy Low Country, even stopping by the notoriously racist Mexican theme park ‘South of the Border.’