After winding up in rehab after a full season of solving stupid mysteries every stupid day, Ferra is ready to take a load off and make an honest man out of her deadbeat boyfriend, Harry Shumway. Trouble is, she can’t find him.

As Ferra treks across the state, she becomes embroiled in a secessionist scheme that may spell doom for the entire state of South Carolina, let alone the state of Ferra and Harry’s relationship.

The Girl From Carolina is a Southern noir comedy web series produced by South Carolina natives and featuring the talents of cast and crew local to the Upstate. The complete series is now streaming on YouTube. 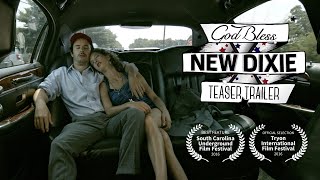